Aafke Steenhuis (1946) is a writer and painter. She studied Dutch and Spanish. She is married to Jan Joost Teunissen, they have two children, Belle and Jannis, and three grandchildren, Kira, Kian and Max. In 1973 Aafke and Jan Joost worked in the land reform in Chile and wrote their first book about it. In 1974 they moved to Amsterdam, first they lived in a ship in the Amstel, now in a dike house along the water of the IJ. The elusive shadow of World War II that lay on her childhood made her want to understand her own time and to become interested in world politics.

From the age of nine Aafke keeps a diary. From 1974-1990 she was editor for culture and Latin America of the weekly De Groene Amsterdammer. In 1991, she co-founded the Golf Group, a discussion group of left-wing intellectuals that still meets monthly and focuses on international political issues. Most of her books are about water and the sea. Besides being a writer, she is also a painter. She was inspired by German expressionism and the painting movement De Ploeg in the Netherlands, and usually works in mixed techniques. She recorded daily life around her in countless drawing diaries. Since 2013 she has been traveling with Jan Joost to major international ports, writing about world ports and globalization. Aafke also makes drawings there. They have been to a lot of ports, like Shanghai, Hong Kong, Singapore, Mumbai, Dubai, Piraeus, Genoa, Marseille, Rotterdam, Hamburg, Los Angeles, Santos, Valparaiso. Aafke has written over twenty books, see www.aafkesteenhuis.nl

Jan Joost Teunissen (1948) started his career in 1973 as a social scientist and freelance journalist in Chile. He was in Chile because he wanted to work in agrarian reform. The coup of September 11, 1973 made that impossible. As a co-founder of the Netherlands Chili Committee, he spent several years engaged in activities aimed at the return of democracy in Chile and other dictatorships in Latin America. His work emphasized economic boycott as a political instrument.

As a researcher and free lance journalist, he gained useful insights into international finance and international economic relations in the 1970s and 1980s. Thanks to those insights and his contacts with high-level academics, politicians, journalists and policymakers in different parts of the world, he managed to establish an international policy research center in 1987, the Forum on Debt and Development (FONDAD), of which he became director.

Jan Joost is married to the Dutch writer and painter Aafke Steenhuis. He is the co-author and editor of some thirty books in English, see www.fondad.org. In Dutch, he is (co) author of seven books and has contributed book chapters in both Dutch and English. He has published numerous articles and has blogs in Spanish, English and Dutch. He has made more than 400 short films that are partially available on YouTube. 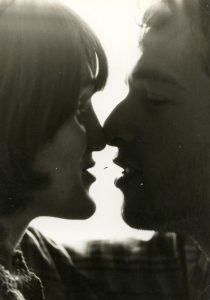 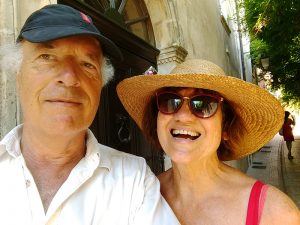